For the lovers of active vacation, Croatian island Hvar has been on the list of favorite destinations for decades. Great Mediterranean climate, nature so beautiful it leaves you breathless and over 2700 sun hours per year make Hvar an irresistible destination for adrenaline enthusiasts. 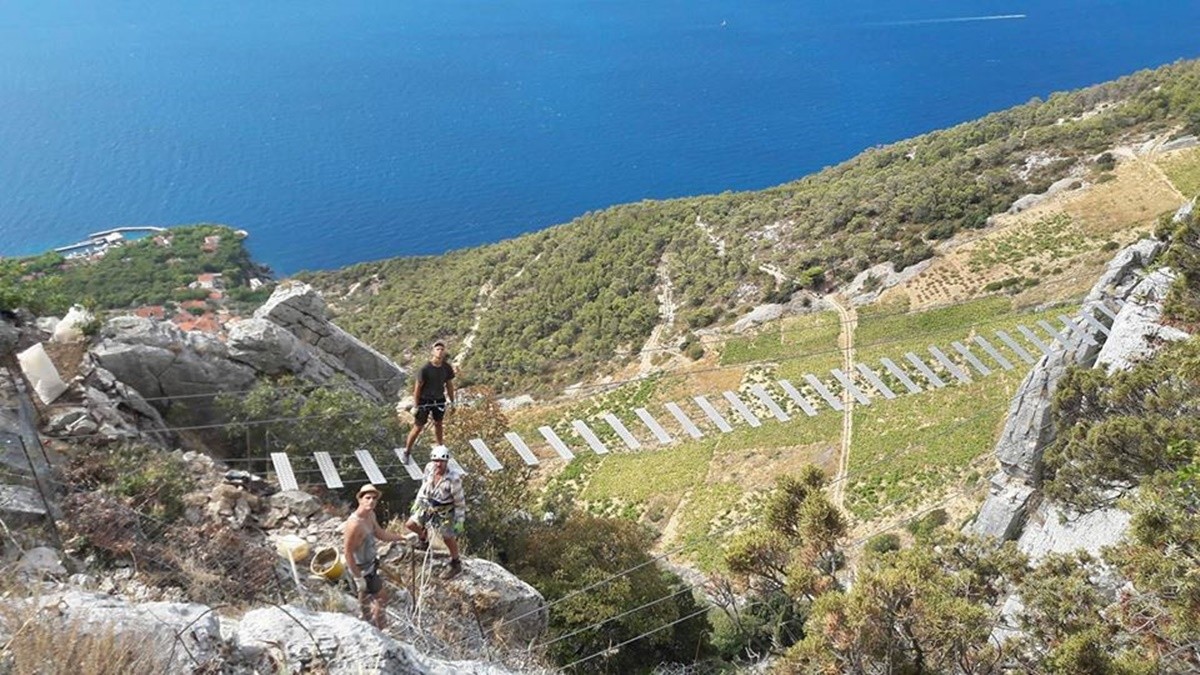 Thanks to the Slovakian Miroslav Štec and the rest of the Cliffbase Team, Hvar recently got an excellent addition to the adventure tourism scene. After 5 years of hard work on the Ferrata system, the new metal pathway – Ferrata Via Avalon, close to the Sveta Nedjelja, is now completed.

A via ferrata ―an Italian term which means ‘iron path’― is a protected climbing route, built with a steel cable rail fixed to the rock. The word defines both the route and the outdoor activity, which consists on progressing through the via ferrata by using a harness clipped onto the wire. 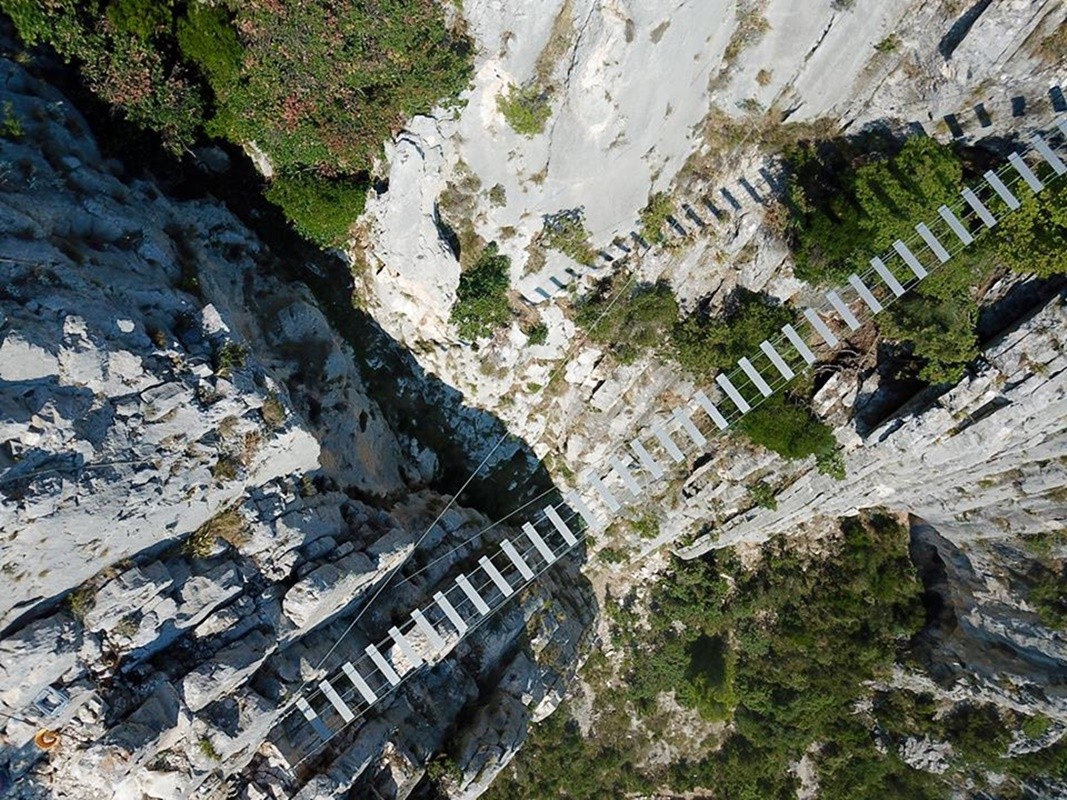 So, if you are planning on spending some time this year on Hvar, and you are also into the adrenaline sports you definitely shouldn’t miss crossing the new Ferrata Via Avalon and experience one of most beautiful views in the world. There’s much more waiting for you at the Cliffbase climbing center except the new metal pathway, if you’re planning to come you should contact the Cliffbase team via email .