For the first day of Spring, March 21, Croatian Post will release new stamps from the series “Croatian fauna”. The specialty of this year’s series is that it show only one species. The three stamps show the three different types of the gray bee. 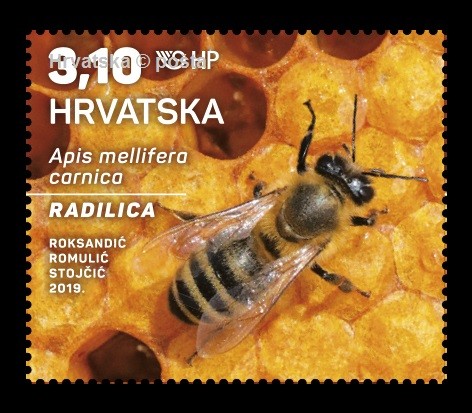 The issuance of new postal stamps with bee motifs coincided with a big anniversary, namely this year marks the 140 years of beekeeping in Croatia. The stamps are designed by Dean Roksandić, a designer from Zagreb, and the design was based on photographs by Mario Romulić and Dražen Stojčić. 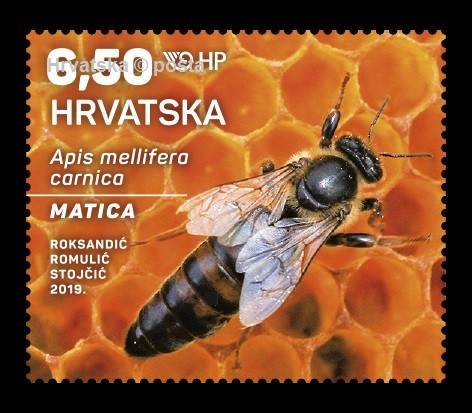 Gray bees (Apis mellifera carnica, Pollman, 1879) are subspecies of European honey bees. They’re  autochthonous for southern Austria, Slovenia, Croatia, Bosnia and Herzegovina and in parts of Serbia, Hungary and Romania. The beekeepers are very fond of this species because of its quietness and exceptional honey production features. Today it is one of the most sought after subspecies of honey bee all over the world.