To mark the designation of the cities of Rijeka and Galway as the European Capitals of Culture 2020, Croatian Post and Irish Post (An Post) jointly released two commemorative postage stamps last week. 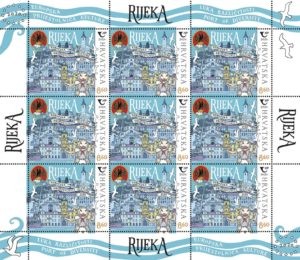 European Capital of Culture is a European cultural project that encompasses the renovation of cultural buildings and an extensive year-round cultural and art program. This year, Croatian city of Rijeka and Irish Galway got the honor to be the European Capitals of Culture. The postage stamps that show sights of Rijeka and Galway are the works of academic graphic artist Tomislav Tomić from Zaprešić (Rijeka stamp) and Steve Simpson, designer from Ireland who designed the Galway stamp. 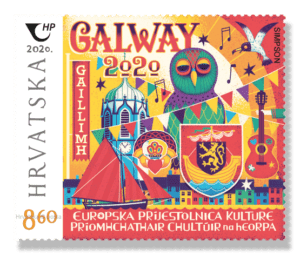 The largest Croatian port, nestled between the Mediterranean, Central European and Eastern European influences, Rijeka has been part of as many as seven different countries over the past century of its development. A small-scale Europe of sorts, it has become a place for dynamic life, a symbol of the spirit of libertarian and progressive ideas, and a city where everyone is always welcome.