Have you ever visited Park Maksimir? If you haven’t you better do that quickly, because this green oasis located in the middle of the Croatian capital offers all in one – relaxation, history, culture, activities for families and romantic surroundings for the lovers. In Maksimir’s woods you can do some sports, go for a walk, read a book, visit the ZOO, have coffee in one of the several historical buildings, attend concerts, learn something about Zagreb or just sit on the grass and breathe fresh air. Maksimir is considered to be the lung of the city with a rich history. So let’s learn something about the Zagreb’s north-eastern park.

Three ‘Kings’ of Maksimir
Park Maksimir, which was initially formed on the outskirts of Zagreb at the end of 18th and the first half of 19th century, is nowadays surrounded by town settlements. It is the first public park in southeast Europe, and one of the first in the world. At the time of its formation, it was one of the most significant park accomplishments of Austro-Hungarian Monarchy. Until then, only private parks had been formed, which were, naturally, located next to noblemen’s castles and royal residences hence not accessible to general public. Founder of Zagreb’s beauty was the Bishop Maksimilijan Vrhovac De Ehrenberg Et Rakitovec. Namely, in 1787, after becoming Zagreb ‘s bishop, he decided to surprise citizens of Zagreb with a park for rest and recreation, located in the place of an old bishop’s forest. Bishop Vrhovac had an idea to form the park in a baroque (French) style, which is witnessed by three radial paths, shaped as a duck’s foot. Paths constructed by Bishop Vrhovac can still be seen in the Park today, and one of them is the main straight axis of the alley when coming from the main entrance (portal), stretching all the way to the bottom of Vidikovac.

After becoming Zagreb ‘s bishop, Maksimilijan Vrhovac decided to surprise citizens of Zagreb with a park for rest and recreation, located in the place of an old bishop’s forest. He had an idea to form the park in a baroque (French) style, which is witnessed by three radial paths, shaped as a duck’s foot. Paths constructed by Vrhovac can still be seen in the Park today, and one of them is the main straight axis of the alley when coming from the main entrance (portal), stretching all the way to the bottom of Vidikovac.

Park Maksimir was ceremonially opened for public in 1794. It was named Maksimilian’s peace or in Croatian, Maksimir. When Bishop Vrhovec got accused of masonry and connection to Hungarian Jacobinism, he was reproached for spending too much money on raising a huge park. For that reason, further renovation of the Park got terminated. After his death, another bishop, Aleksandar Alagovic continued with the work abandoning the initiative idea of forming the park in a baroque style. He gave the basis for creating a landscape park, which Archbishop Juraj Haulik masterfully completed and built. He hired a group of expert Austrian artists, which formed emperor’s parks in Laxenburg, Schönbrunn, Hetzendorf near Vienna and others. Head of the group was an expert landscape architect of emperor’s gardens Michael Sebastian Riedl. Franz Schucht had designed garden pavilions, as well as other buildings in Park Maksimir. During that period the Umbrella pavilion (today we can find Mogila in its place), Bellevue building, Public temple (today in its place we can find St. Juraj’s chapel constructed in 1863), Glorieta pavilion, Echo Pavilion (the only preserved Pavilion in Park Maksimir created in 1840), Fisherman’s Cottage, Peaceful Cottage, Dutch cabin, Swiss house (1842), Gatekeeper’s Cabin (1847), Gazebo (Kiosk, constructed in 1843), and Tavern (today “Maksimilijan” restaurant built around 1860) were all constructed.

In 1839 Park’s name was changed to Jurjaves in the honor of Archbishop Haulika 1839, and after his death Park got its old name Maksimir back. 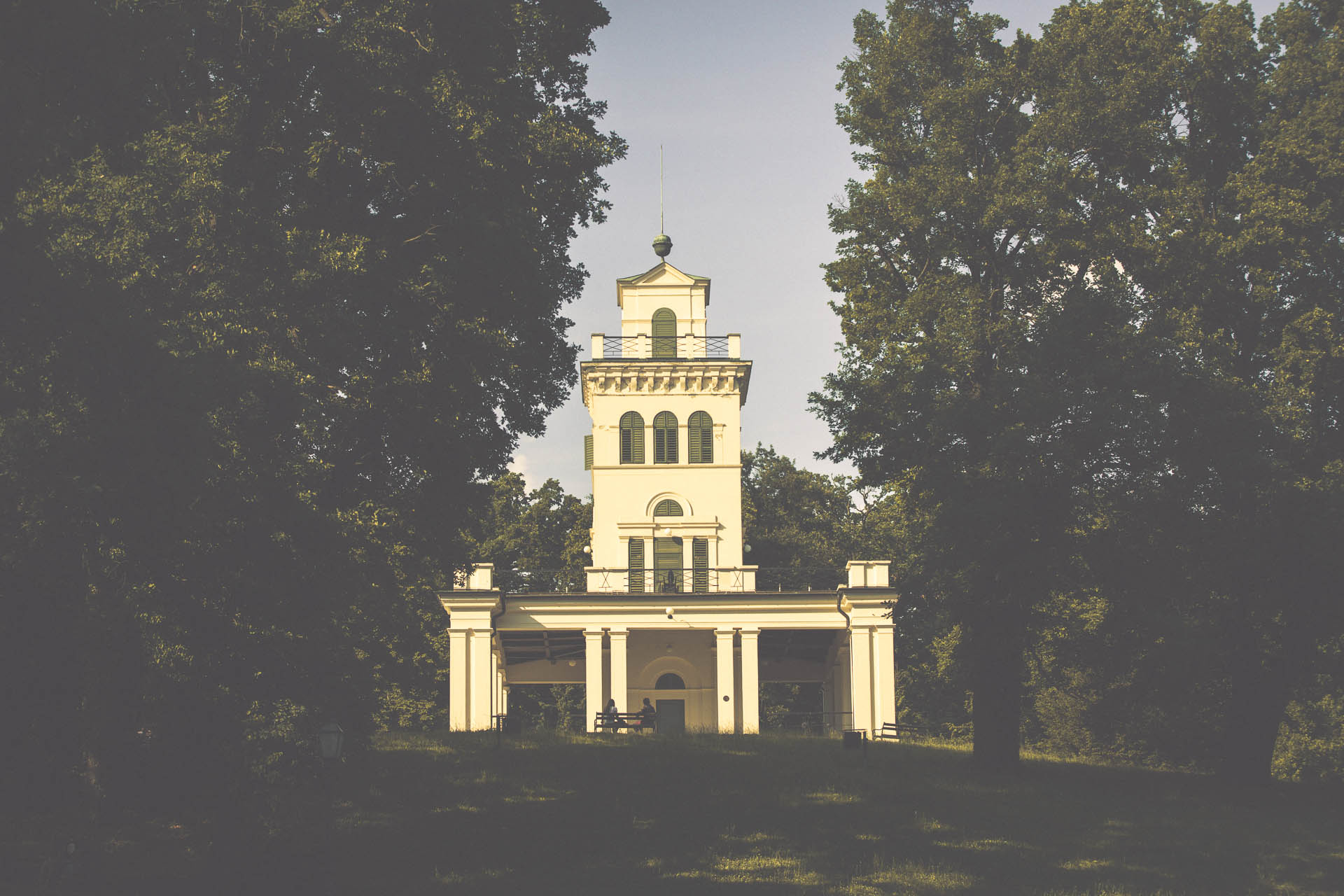 Before and now
Park Maksimir is designed in the style of an English park at the time when Romanticism appeared in Europe. Today Park Maksimir benefits a double protection for its exceptional value. It is protected as a monument of park architecture by the Nature protection law and as a cultural asset by the Law on protection and preservation of natural assets, and is registered with the Registry of cultural assets of Republic Croatia. In this new surrounding Park Maksimir still represents a shelter for parts of local flora and fauna. Its value for the protection of endangered species is connected to old hollows. It is extremely significant also because of hundred-year-old oak forests that are preserved. In Park Maksimir more than one hundred of bird species have been recorded, specifically important ones are hole-nesting birds. Other animal species connected to old forests are significant as well, like squirrels and some bat species, otherwise globally endangered animal species.