This Friday, October 12th Zagreb Philharmonic Orchestra opens the new season of their Off Cycle with the crossover concert Rock the Opera. It’s a so-called sympho-rock concert spectacle that gives you the opportunity to listen to the greatest hits of the world’s greatest rock bands such as Led Zeppelin, U2, Pink Floyd, Queen or Rolling Stones in a symphony mode performed by the orchestra. 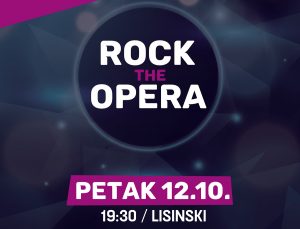 The concert starts at 7:30 pm at the Vatroslav Lisinski Hall.