Downtown Zagreb, especially the old town, is filled with abandoned underground tunnels that stretch throughout the city. They were build, rebuild and used by different people in different times, be it as hiding spots, escape routes, hidden storage, meeting points, shortcuts between estates and other things high ranked people of the State, City and Church needed. A few are well known to the general public, but are sealed off behind heavy iron doors and the legends around them and the darkness in them left very little desire for exploration. 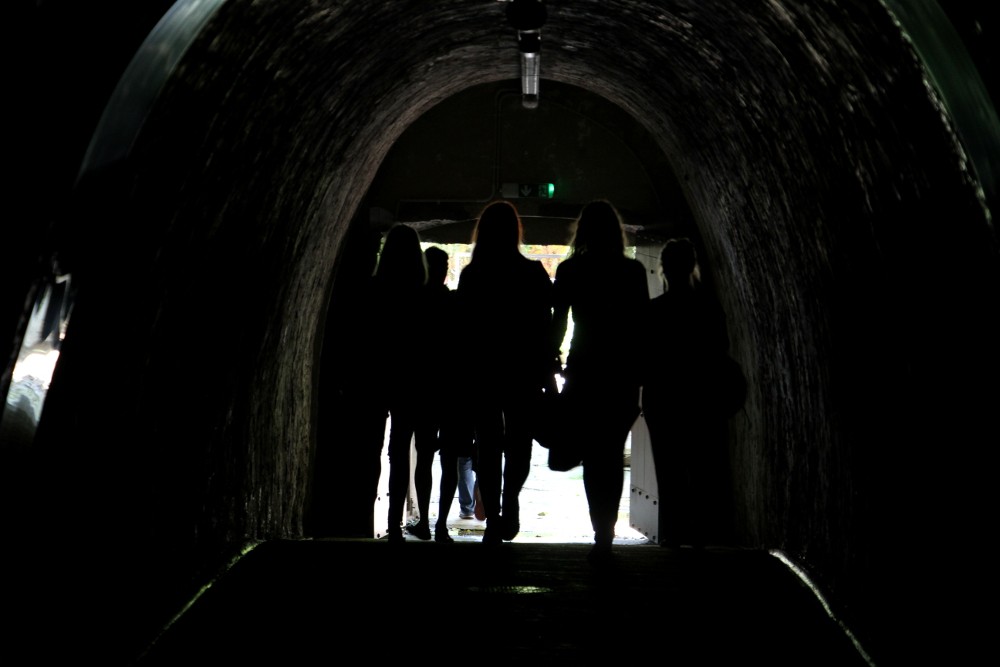 One such iron door has been opened today, and after nearly 20 years, daylight, and people, have once again entered Grič tunnel. The 73 year old tunnel that connects Mesnička and Radićeva streets is the best known to the people of Zagreb. It was built as a public bomb shelter during World War II, and used as a city fruit and vegetables storage after the war. It was closed in the 50ies and remained that way until the Croatian war for independence in the early 90ies. It re-opened during the bombing of Zagreb, but not to the public – former presidents Franjo Tuđman and Stjepan Mesić hid there when government buildings were targeted. 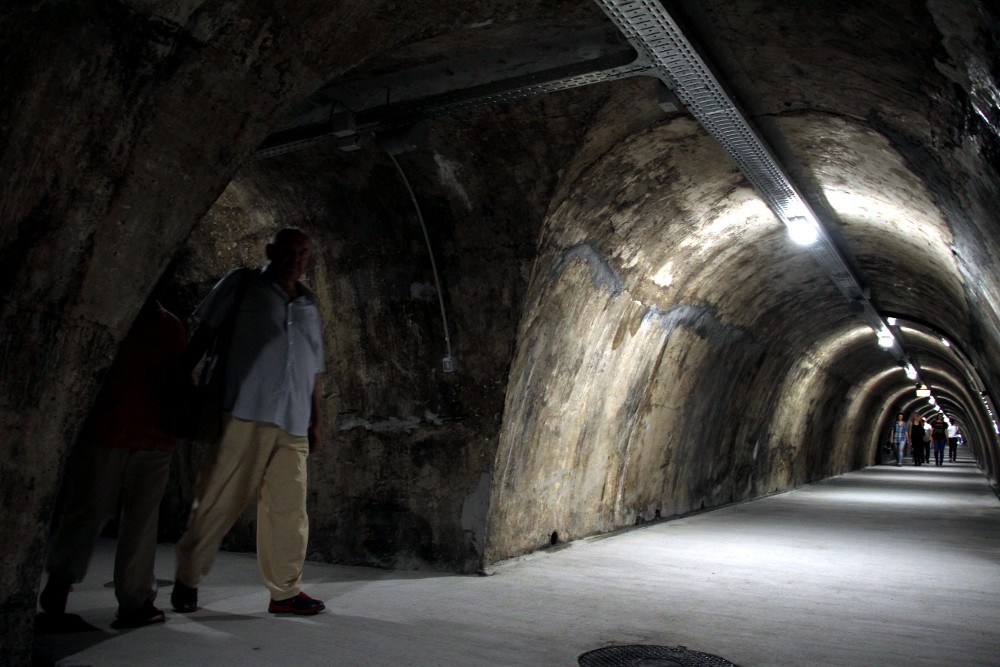 The tunnel was permanently closed once again after the war, only to briefly (and not quite officially) re-open in mid 90ies for first underground rave parties in Zagreb. Since then, the tunnel remained shut. That is, until two months ago, when extensive renovations on it began with plans on making it accessible to public full time. And today, July 7th, the renovations were finally over, and the tunnel was opened.

Pluming and lights were fully restored, floors and walls renovated with traces of old warning signs left on them and new toilets added. The tunnel, thankfully, will not be used as a shelter this time, nor will it just be a shortcut between two entrances to the old town (Mesnička and Radićeva streets). Plans are to tun it into a site specific exhibition space, focusing mostly on innovative practices in art.

The 350 meters long and 5 meters wide tunnel runs parallel with Ilica street and has four side exits on it. So far the tunnel is empty (aside from the two new toilets), its walls holding only fragments of its history. Even like this the tunnel is interesting and you just might discover places you wouldn’t notice from the noisy Ilica. Its thick walls keeping the temperature cool during summer heats is also a plus, and radio friendly music plays trough it non stop.

We’ll soon find out what art projects will be set up there, but for now it’s a perfect place to move away from the heat and crowded streets and to feel like an urban explorer. The tunnel is opened from 9am until 9pm every day and is free of charge. 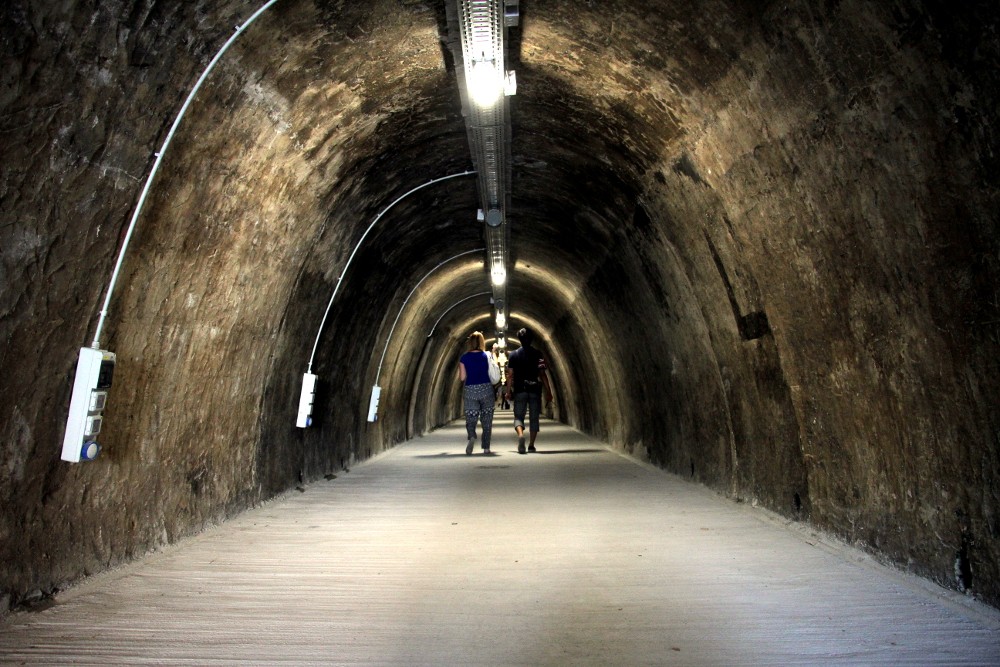