Yet another Krka Cultural Summer is in front of us and this year, the manifestation starts tomorrow, 12 July, and closes with the Green Eye Festival in October (11.-13.10.).

Numerous locations in Krka National Park and the surrounding towns will serve as the venues for the artistic program, tailored for the fairy-tale ambiance of the protected nature area and the cultural and historical importance of the same area. The goal of the Krka Cultural Summer is to present the synergy of natural, cultural and historical heritage to the local population and visitors, in an interesting yet laid back way. This year’s edition has a rich, traditional program for all generations and different musical tastes. 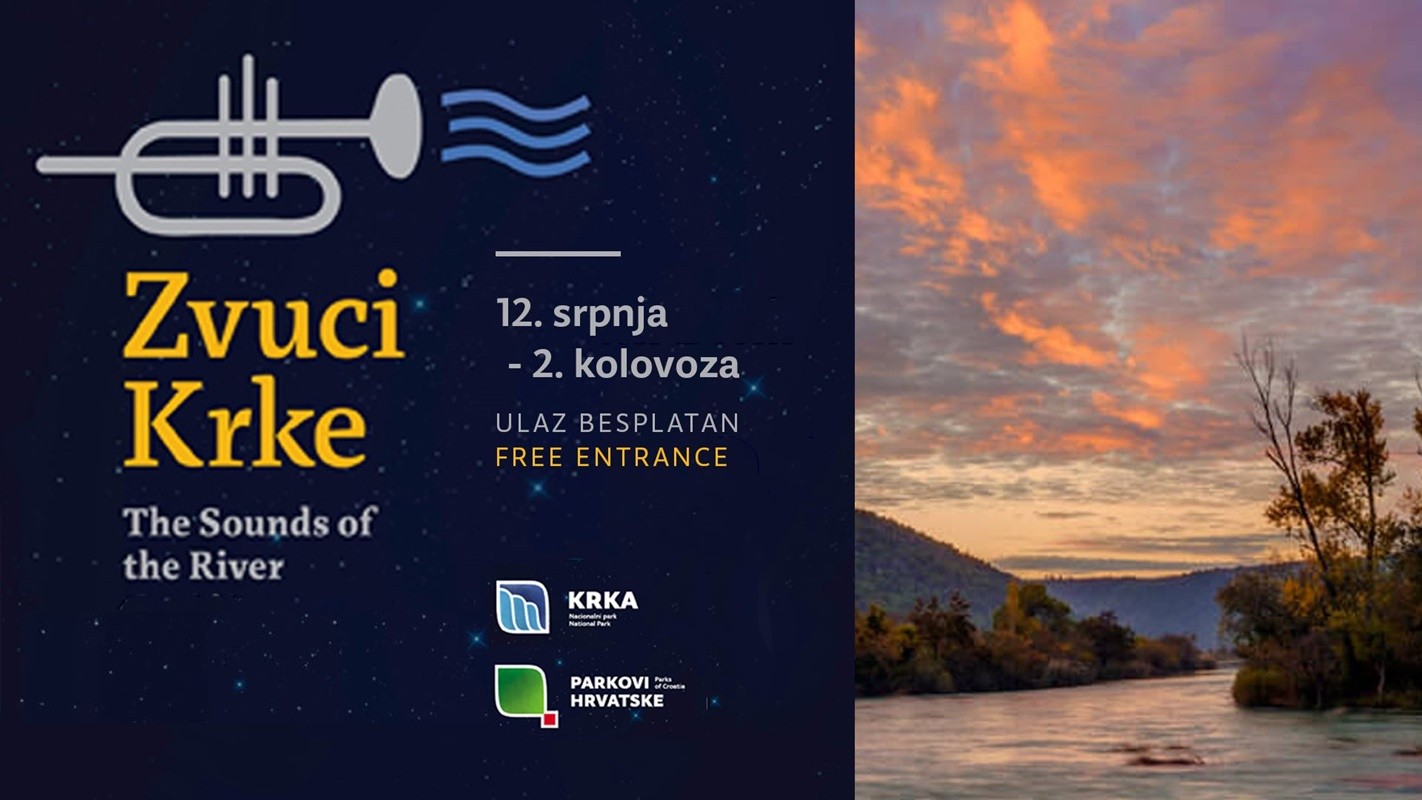 ‘The Sounds of the River’ begins on 12 July in Drniš with the concert of the rock band Vatra from Virovitica. The Šibenik Chamber Orchestra will perform in the small amphitheater of the newly constructed visitors center in Stinice, at the banks of Visovac Lake. In the town of ‘klapa’ music, Skradin, the 4 Tenors accompanied by a musical ensemble, will perform on 2 August. A series of smaller concerts will be held all summer long at Skradinski buk waterfall and Roški slap waterfall. All performances at Skradinski buk will be held from 11 am to noon, while performances at Roški slap will be held from 1 to 2 pm.

The theme of this year’s Burnum Ides, an event that revitalizes the era of the famous Roman Empire in the area of Krka National Park at the Burnum military amphitheatre is ‘Love’. Someone once joked that Greek mythology would have been much shorter without Zeus’ love life. It is similar in the Roman Pantheon, and in the stormy lives of the Roman Emperors and their great loves. Burnum Ides will be held on August 13th.

In order to demonstrate just how special bats are, as the best known winged mammals, and to highlight the importance of their protection, the Public Institute of Krka National Park has traditionally organised Bat Night, under the motto “Let’s give more for the bats”. Celebrating Bat Night is aimed to combat prejudices, created from numerous folk legends, about bats as dangerous creatures, as this has led to threats against their habitats and against bats themselves. There are 17 bat species inhabiting Krka National Park, almost half of all bat species found in Croatia, 35 in total.

A part of the Krka Cultural Summer is the Green Eye Festival, a film festival dedicated to environmental protection and nature conservation. This year, the festival will be held somewhat later, from 11 to 13 October. The topic is the importance of water, and in addition to a premium film program, visitors can also participate in educational and entertainment content of the festival.