Standing tall above all other structures in Zagreb, it’s two towers soaring to the sky, Zagreb’s cathedral leaves everyone that sets eyes on her in awe. The Cathedral of the Assumption of Mary and Kings Saint Stephen and Saint Ladislaus, as it is officially called, is one of the most important pieces of Croatia’s cultural heritage, impressive and mysterious as its past.
Zagreb diocese was founded around 1094 by Ladislaous under the Hungarian archdiocese in Ostrogon. That year also marks the founding of a cathedral, but it’s original looks and placement on Kaptol are still discussed today.

Tombs of bishops
The first visual reference for the cathedral is seen on the oldest surviving seal of Kaptol, originating from 1297., on which King Stephen holds the structure in his hands presenting it to Madonna. It is shown having two towers, a basilica structure, and an apse. The structure depicted on the seal is most likely build later than the original, replacing it as the cathedral.

Contemporary historians mention that three bishops have been buried in the church’s nave, the oldest one being Bishop Prodan who died around 1175., making that year referential to the cathedral’s age as it is unlikely that a bishop would be buried in an unfinished church.
That church has been destroyed when Tatars ransacked Zagreb in the hunt for Bela the Forth, the king of Hungary and Croatia, who later gave Zagreb the status of a free city within the empire for offering him protection and respite from the Tatar horde.
The Cathedral has been rebuilt in Gothic style in the 14th and 15th century, adding defending walls and towers in the 16th century, and with good reason. Throughout the centuries, the cathedral has been a target for invaders and had needed repairing every once in a while, holding its ground until the great earthquake of 1880. Damages were devastating, and it took more than twenty years to finish the building restoration.

The cathedral was rebuilt in neogothic style based on blueprints from Friedrich von Schmidt while the construction was supervised by Herman Bolle, the most prominent architect in the history of Zagreb, who integrated his ideas into the blueprints, giving us the cathedral we know and see today.
The cathedral’s archives hold some of the most important pieces of art and literature in Croatian history and many noblemen, grand clerics, and nation’s heroes are buried underneath the altar.
Architecturally, there are more significant cathedrals in Europe, but this one holds its place in the heart of every citizen of Zagreb, representing the continuation of a long and many a times violent history of the city and a symbol of hope, with its layers of history towering over the city, reminding Zagreb that there is no hardship after which one cannot rebuild anew. 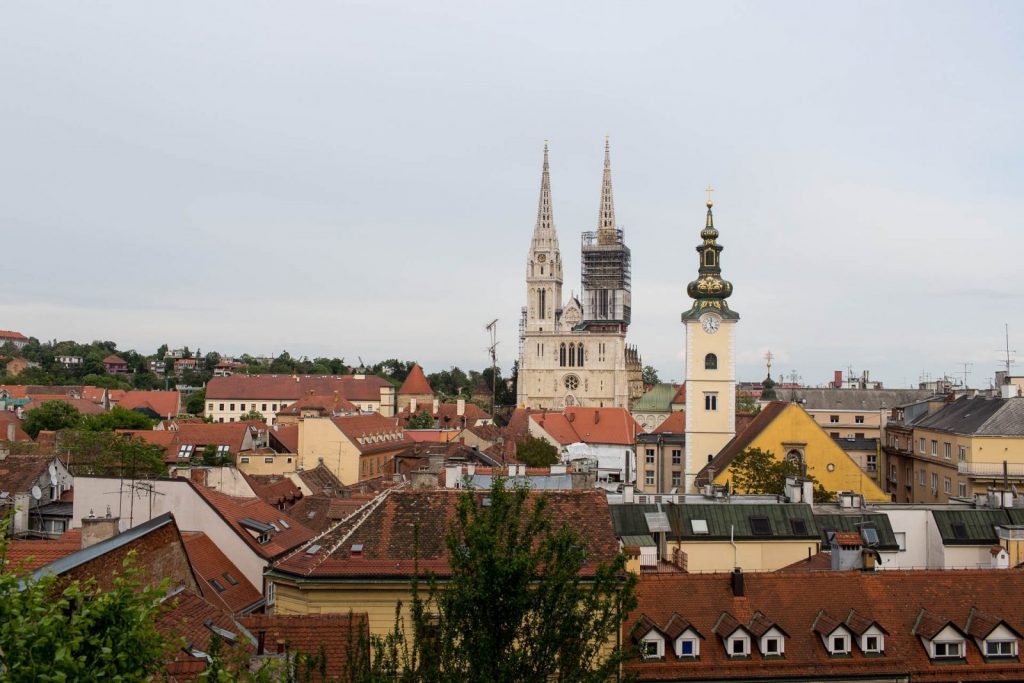