As the world celebrates International Women’s Day, we take a look at a celebration that was held in Zagreb last week, one very appropriate for the meaning and values the Day propagates. Last Wednesday, on March 2nd, marked 143rd birthday of Marija Juric Zagorka, celebrated throughout the week. Zagorka’s novels are a staple of Zagreb’s collective imagination, often portraying the city’s historical events mixed with fantasy and pulp romance, a mixture that saw her novels become bestsellers in the early 20th century and to this day remain the most read literary works from a local female author (by a pool from 2005, the second most read writer in the country) . Her works have received a renewed interest in the last couple of years from an new generation of female readers, sparked by recent popularity of young adult romance books and fifty shades of fan fiction aimed at adults that sprouted from them.

But her novels are not the reason Zagorka should be mentioned in relationship to International Women’s Day, originally named International Working Women’s Day, a day organized by the Socialist Party of America in remembrance of International Ladies’ Garment Workers’ Union strike in New York, 1908. The strike was a violent one, with police and hired thugs picking on and beating women. 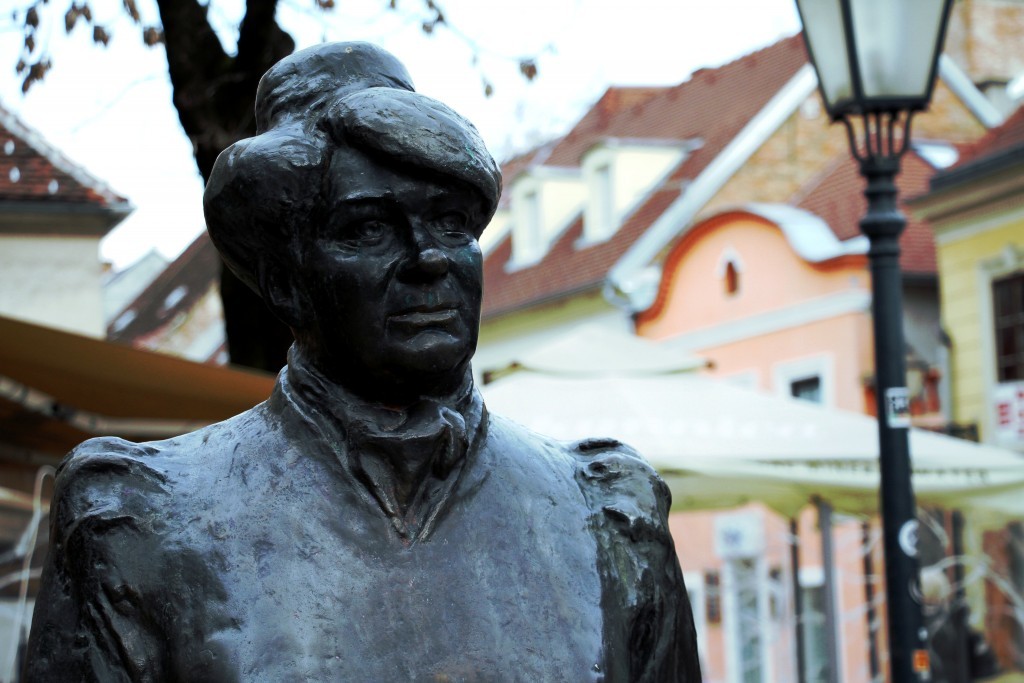 Female pulp writers were rare back then, but not unheard of. But a female journalist? That was a first. Officially. It was her unbreakable will to pursue a career in ‘a man’s world’, and being a success in it despite all the undermining efforts of society at the time. Even back then money was a factor that opened many doors, and novels aimed at female audiences were a condition set by employers for her to continue working as a journalist, writing about politics and social issues. It was her career as a journalist that women’s rights movements call back to as an example of feminist struggle.

Born in 1873 in a small village near Vrbovec, Marija Juric was a daughter of an estate manager for baron Geza Rauch. Her father had plans for her to study in Switzerland but her mother was against it. Instead she started her studies in Zagreb, but her mother had different plans. She wanted Marija to marry a seventeen-year-older Hungarian railway officer she had never met. Her father had opposed the notion, but the marriage still went trough.  She moved to Sombotel with her husband, a Hungarian nationalist and an advocate for Hungarization (a forced cultural and political hegemony on other nations in Austro-Hungarian empire) of Croatia. This did not fare well with Zagorka, a well read and stubborn proponent of social equality and national independence. The marriage lasted three years, with Zagorka running away from her husband. Her father supported her clams for divorce and she went to court, only to lose all her possessions after her mother had given a harshly negative testimony against her. She cut almost all ties with her family and moved back to Zagreb.

A year later her first article Egy Percz was published in Obzor: it was eloquent, well written and full of social revolt against Hungary’s actions. It was noticed by the bishop Josip Juraj Strossmayer who took her under his wings and set her up with a job at that newspaper as a political correspondent for Hungarian – Croatian relationships. The board of directors had opposed the notion of a female journalist, with fear that the public would not take the paper seriously if they knew a woman was working there, but had to give in as Strossmayer had influence and stakes in the printing company they used. They gave her a separate room, hidden from view so no visitor could see her working there.

Strossmayer saw the potential in Zagorka and agitated her to write fiction. Obzor published her first novel Roblje (Slaves) that was filled with revolt towards Hungary’s hegemony. After that novel, Strossmayer suggested Zagorka to write light fiction with heavy emphasis on local history, traditions and national spirit. It would reach a wider audience and replace imported books of the same genre that celebrated the Germanic culture, often in comparison with ‘barbaric’ Croats. She then created a series of seven novels known as the Witch of Gric cycle.  The novels, published as periodicals, were a huge success with the audiences, but were torn apart by critics and academics alike (Zagorka did not write under her full name, signing her articles and stories as M. Juric Zagorka and other male sounding pseudonyms). She herself did not think highly of them as well, but saw the need for them.

The criticism and self criticism did not bother the publishers, who saw the rise in sales, and had conditioned Zagorka to continue writing romances targeting women if she were to keep her job as a journalist. A position the Board of Directors would have gladly taken away from her, not just for the fact she was a woman, but also because her texts were agitating for the equality of classes and sexes, perverted ideas to rich upper class men. Her skill, writing and hard work (she would work incredibly long hours on a daily basis), however, were undisputed among her journalist peers from the start. She even took over editorial duties when two editors were arrested early in her career, 1986.

Her peers also admired her for her integrity. She was, for a while, a correspondent from Budapest and Vienna. The court had taken notice of her articles, and had offered her financial stability in exchange for positive articles about the government, asking her indirectly to take heed of her future as she might not have one. She refused them abruptly. This happened several times, the first one including a visit to her father, when he and baron Rauch approached her, offering a monthly fee and a cushy job if she ‘stopped disturbing baron’s godfather, viceroy Hedervary, with her writing’. She cut all ties with her family after that, and continued to write for national and class interests until the fall of the empire in the Great War.

In her later career she founded the first two women’s magazines in Croatia – Ženski list and Hrvatica (Woman’s Papers and Croatian Woman), and had continued to work as a journalist and writer until her death in 1957, when she was buried with honors. Zagorka had written 35 novels, dramas and stories in her life time and countless engaged articles. Throughout her career she was criticized, condemned, marginalized and belittled for being a woman, for her novels, for her activism, for her journalism, for having two failed marriages, for everything anyone could get their hands on. But her haters have been long forgotten by history (not all, as many of them were prominent political and cultural figures of their time) and she remains an inspiration for generations of young women and men, to keep on going despite the odds, to work hard, stay true to their ideal and to fight a good fight against oppression, no matter what form it takes.

Marija Juric Zagorka is a household name in Zagreb. You can find at least a few of her books in any local’s home. There’s a street named after her in Savica neighborhood, and an elementary school in Dubrava. Her statue, capturing her in a stroll with an umbrella by her side, was placed underneath the historical sun clock in Tkalciceva ulica, the most tourist heavy street in Zagreb, welcoming all visitors to a city she gave myths and history in a time when others would have its identity erased. 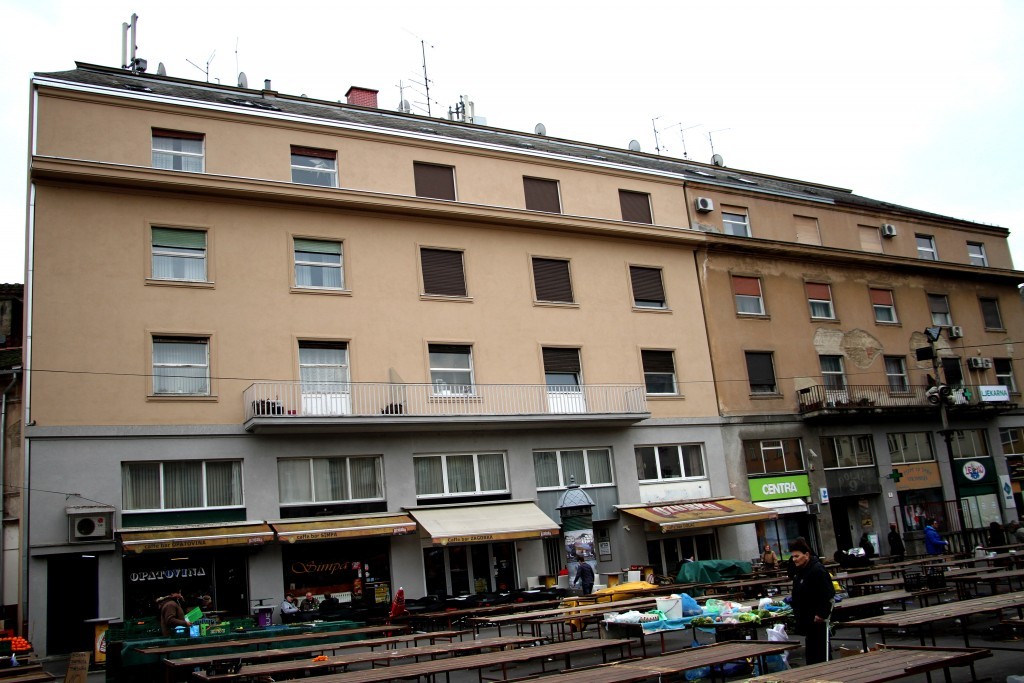 The City had given Zagorka’s apartment overlooking Dolac market as offices to Center for Women’s Studies Zagreb, turning it into a Memorial center with her name and an umbrella organization for promoting women’s rights, interdisciplinary studies of gender and cultural politics, and betterment of society trough non-violent means.

The awards for excellence in journalism given by the Association of Croatian Journalists is named Marija Juric Zagorka.