From April till mid October, every Saturday and Sunday exactly at noon, St. Mark’s Square in the Zagreb’s Upper Town becomes a venue for an attractive two-hour ceremony of the changing of the Cravat Regiment guard. The ceremony is, apart from being really interesting, a great opportunity to get to know Zagreb’s rich history and learn something about Croatia’s contribution to the fashion world.

Twelve soldiers of The Royal Cravats regiment partake in the ceremony, and take their places at St. Mark’s Square, the Square of Ban Josip Jelačić, and next to the statue of Our Lady at Kaptol. They are followed by gunsmiths, trumpeters, drummers, flag-bearers and their commander. 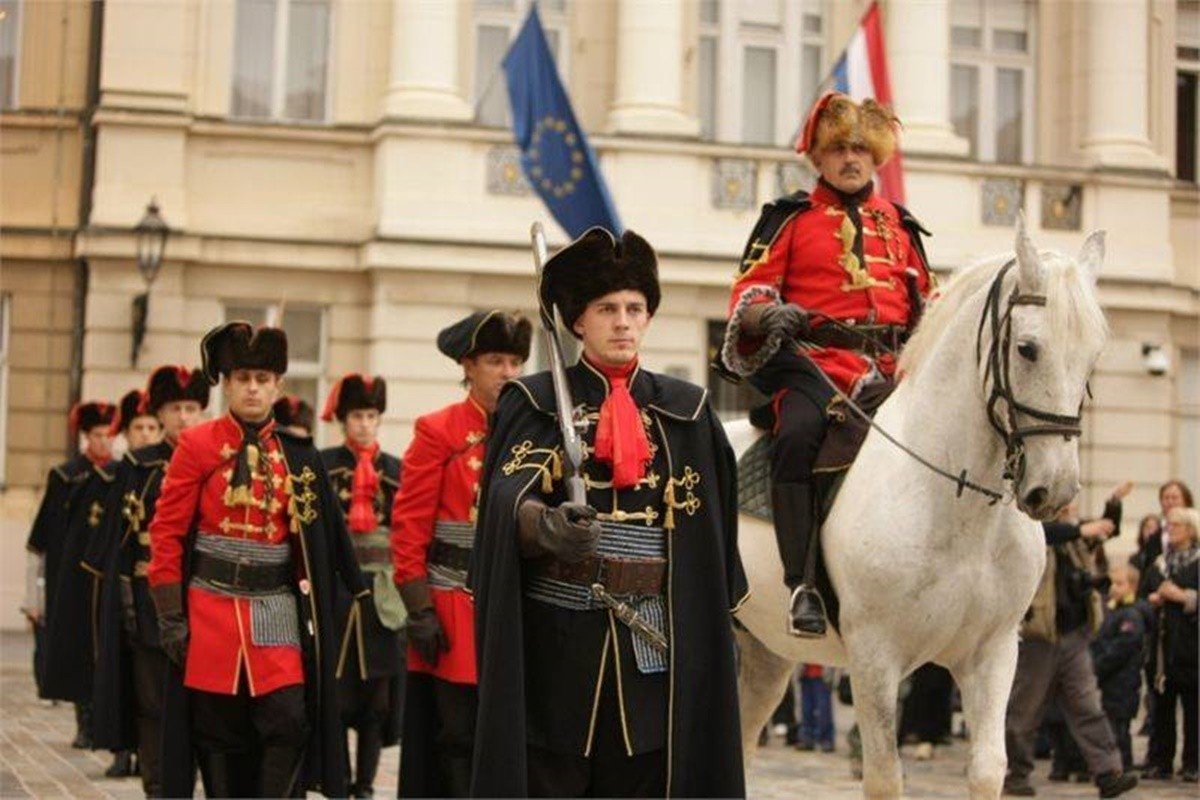 The Croatian light cavalry regiment dates back to the 17th century. Its trademark was a kerchief, which the soldiers wore around their necks tied into a knot. The knotted scarf later became a fashion accessory known for those who were the first to wear it – Croats whose Germanized name was Krobatten, while in France they were called Cravattes. When a Croatian regiment, the Royal Cravattes, was established within the French Royal Army in 1664, the necktie got its official acclaim of originality.

The Changing of the Guard is preceded by a march of the honorary regiment from its headquarters at Dolac 2, past the Church of St. Mary, via Tkalčićeva street, over the Bloody Bridge and across Radićeva street, through the Stone Gate, and finally on to the Square of St. Mark, where the squad will fall into ceremonial formation.

Apart from weekends, the Changing of the Guard also takes place on national holidays, but have in mind that the ceremony will not take place in case of bad weather.