The first featured Maker Faire Zagreb, known as the festival for innovation, creativity and technology will be held on 12th and 13th October, 2019 from 10 am, at inspiring venue of the Technical Museum Nikola Tesla in Zagreb.

Maker Faire originated in 2006 in the San Francisco Bay Area, when there were held another 200 similar event all around the world, as a project of the editors of Make: magazine. It has since grown into a significant worldwide network of both flagship and independently-produced events that gathers technology lovers of all ages. 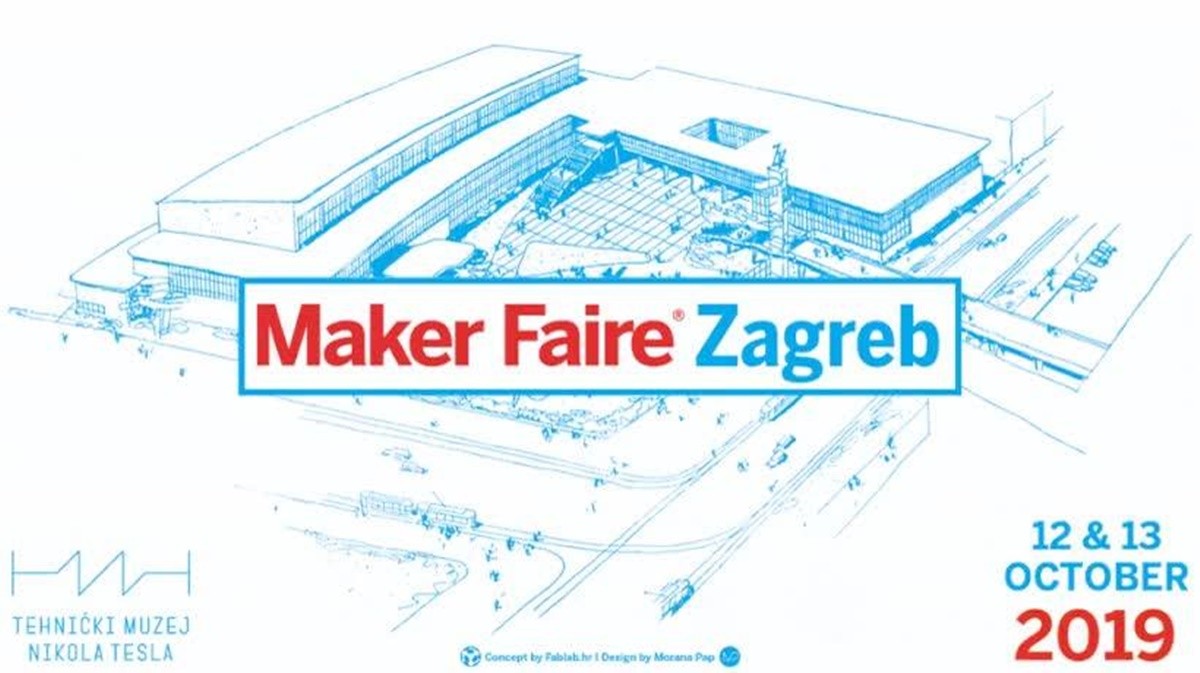 At the Maker Faire you can find teachers, masters, hobbyists, members of the scientific community, engineers, science clubs, artists, students and commercial exhibitors among them. A set of fascinating curious people who enjoy learning and selfless sharing of knowledge. All these “makers” come to these events to showcase their work and share their knowledge with the audience and like-minded people. Maker Faire is primarily focused on the technologies of the future, but innovation and experimentation can be seen throughout the spectrum of science, engineering, arts, performance and crafts.

For several years now, the Croatian Fab Lab Association has been actively involved in Maker Faire events across the Europe, from Barcelona and Rome, to Vienna, Trieste, Ljubljana, and they wanted to bring all these experiences to Zagreb as well. “One of the most important reasons why we are organizing Maker Faire Zagreb is to raise awareness about the makers culture. Creation has always been an important part of human life, and most people are makers, although they are not aware of it themselves. Therefore, the biggest challenge for us is to show people how they are creators and to ask themselves if they are makers themselves” say the organizers from the FabLab.

For more information and tickets purchase visit the official website of the event.